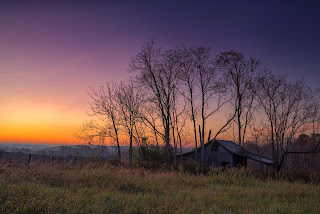 The year was 279 BC and King Pyrrhus of Epirus decided to invade Italy and challenge the growing Roman Republic for domination.  He mustered his forces and gathered allied troops in southern Italy.

All went well until they came to Asculum.  There the Roman forces had massed and pitched battle ensued.

History tells us that the Greeks won a resounding victory over the Roman forces.  Casualties on the Roman side were at least double those of the Greek forces.

The only thing was that the Romans could (and did) quickly call up more forces to replace their losses while King Pyrrhus could do nothing to replace his casualties.  Many of his commanders died in the battle and his allies started to lose interest in the war.  He is quoted by Plutarch as saying in the aftermath, "If we are victorious in one more battle with the Romans, we shall be utterly ruined."

Thus was born the term Pyrrhic Victory.
I think we hear of it most often these days in terms of sporting events.  A team wins a close game only to see its star player go down with serious injury.  They have won the battle, but lost the war.

I have heard many people say variations on the statement, "What does not kill me will only make me stronger."  The reality is something different.

"What does not kill me may make me a lot weaker."
The Diseases of the Past

There is a common misconception about the diseases of the past.  People believe that the danger was that they caused death.  Of course, that was some times true, but more often, they just left an individual damaged for the rest of their lives.

Polio weakened muscles, some times to the point that people required external ventilators, called iron lungs.  German Measles caused children to be born with severe birth defects.  Youth carried hearing and vision loss for the rest of their lives from the remnants of H. Flu meningitis.

These little bodies told the tale of Pyrrhic Victories.  Battles won, but damage so severe that life would never be the same.

Many of these infections were viruses and so even modern medicine with its antibiotics has few tools to deal with them.  It is a blessing that we know few younger people who have walked through these infections.

From this were born vaccines.  The first true vaccine was the rabies vaccine, created by Louis Pasteur (the small pox vaccine was earlier, but it doesn't really count from my standpoint).  Considering that rabies was (and is) 95 percent lethal, this was a real game changer.
The concept with vaccines is simple.  Give a person a small dose of killed or weakened virus or bacteria and let their body create antibodies to that infectious agent.  The doses are typically kept small and so most vaccines require multiple doses to be certain that there are protective antibody levels present.

John Waldron
I am a family doctor and live with my wife and five children in Central Virginia. I love them and Jesus and hope through my writing to bring a bit of hope and truth to my corner of this world. 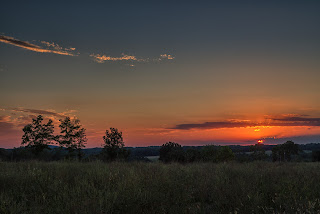